Linking to pages and resources on this site is encouraged, but the links MUST be placed on a publically-accessible page. Placing links behind any form of login or access restriction is strictly forbidden.


In particular, the need to build them to within a certain specification so that they still count as bicycles from a legal point of view, and can therefore be used on the road as freely as a normal pedal-powered machine, without the need for tax, insurance, MoT, a helmet, a number plate, and all that shit.

I don't have a problem with that idea per se. If you're going to divide single-track vehicles into "bicycles" and "motorcycles", you have to draw a line somewhere. The most logical criterion, of course, is whether or not the vehicle has any power source other than the rider's muscles (and, on occasion, gravity). If for reasons of promoting sustainable transport or whatever you decide to draw it somewhere different, you can't avoid a certain arbitrary element in the final position. So far so good.

The problem is that the specification has been set in such a way that a vehicle conforming to it would require the invention of antigravity to avoid being a miserable piece of shite. It is pretty well summed up as:

Well, I don't have too much of a problem with the 15mph. I rarely cycle faster than that anyway, and bicycles are not well suited to carrying weight at high speed. The 40kg weight limit causes somewhat more concern though. Unless you are unfeasibly rich, a traction battery means lead-acid. You don't get many car batteries for 40kg. Certainly not when you add in the weight of the frame and the wheels and a decent motor capable of a reasonable power output at a genuine continuous rating. I know car batteries don't like traction duties. But there are so many of them lying around on the streets that you can grab an effectively inexhaustible supply, use them for a few cycles until they're completely fucked, then replace them for free. Recycling, ecological, and that, see.

But the real problem is this. 200W power limit. The weight limit suddenly looks not so bad, as you'll only need a pissy little motor that doesn't weigh very much and doesn't drain the batteries very fast. But there's the problem. A pissy little motor. A very pissy little motor. You could be excused for thinking that it would be more effective to go for fart-based jet propulsion; indeed, it seems that this guy and this lass did think that.

It is instructive to pedal a bicycle connected to a dynamometer. A power output of 100W is something you could sustain all day without noticing. You'd be trundling along on the flat at something under 10mph. If you absolutely belt it you can put out 700W, but not for very long. (Timing yourself sprinting up stairs also gives a result somewhere around 700W.) So we can already see that, with the extra weight of the traction equipment, our pissy little 200W motor is going to be lucky to get to 15mph. Now the speed limit is looking irrelevant as well.

Let us further assume that the slowest you can ride without it being too much of an arseache to keep your balance is 4mph. It is immediately obvious that any gradient much steeper than 1 in 10 will be too steep to handle. And this simple analysis has neglected all possible losses. If you live anywhere that isn't particularly flat, you will be having problems. And of course the steeper the hill gets, the more you need the motor, and the less good it does. If you live in a mountainous area where gradients of 1 in 4 are common, you will most definitely need the motor and it won't do much good at all.

It might occur to you to plug some slightly different estimates into the calculations and obtain a result which makes you think it's not as bad as all that. Well... the Sinclair C5 was designed to conform to these regulations. Have you ever driven a Sinclair C5? I have. They're not as crap as everyone thinks they are. They're worse. Never mind pedalling uphill, you practically have to pedal them downhill too. 15mph? Might exceed that if you throw it off a cliff, which is probably the best thing you could do with it if you don't fancy fitting a huge great gas turbine out of a helicopter into it and making one of the best totally insane vehicles ever. Until it melts. 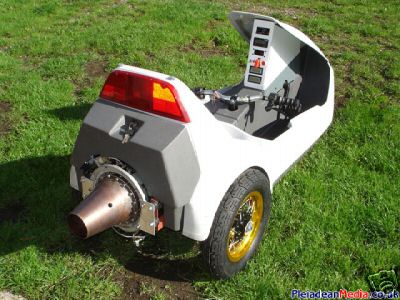 I'd reckon we'd be better off with a 1kW power limit and a 120kg weight limit to allow for a semi-decent range and semi-decent hill climbing capability. A lighter power source than lead-acid batteries, but no more expensive, would also be marvellous...

Back to Crap Stuff


Back to Pigeon's Nest


Be kind to pigeons